In my continuing quest to try every means possible to find and reach new readers, I will be starting an extensive Blog Tour on July 22.  It will run on through September 2nd, and you can see the schedule below.  I have been busy answering questions, writing guest posts, and writing interviews with my own characters.  I now have invested almost as many words in this promotion as I have in the book (well, that’s a slight exaggeration, but only slight).

During the course of the tour, the price of the eBook editions of Nevermore will be dropped from $4.99 to $2.99 on Amazon.com and Barnes & Noble.  You will have chances along the way to win copies of the print editions, the unabridged audiobook (narrated by Gigi Shane) – and the eBooks.  You will learn about why I wrote this book, how it was researched, what influences me – now, then, tomorrow – music I listen to, books I read – more, in other words, than anyone should have to know JUST TO BUY THIS BOOK.  If you have already read and enjoyed this, PLEASE take the time to drop by Amazon & / or Barnes & Noble and leave me a review.  I’ll be saying more about this as the day approaches.  I’ll be interacting with any comments at all of the below sites on the appropriate dates (and beyond).

Enter the Rafflecopter Giveaway below for your chance to win a copy of Nevermore – A Novel of Love, Loss & Edgar Allan Poe and a $15 Amazon Gift Card! 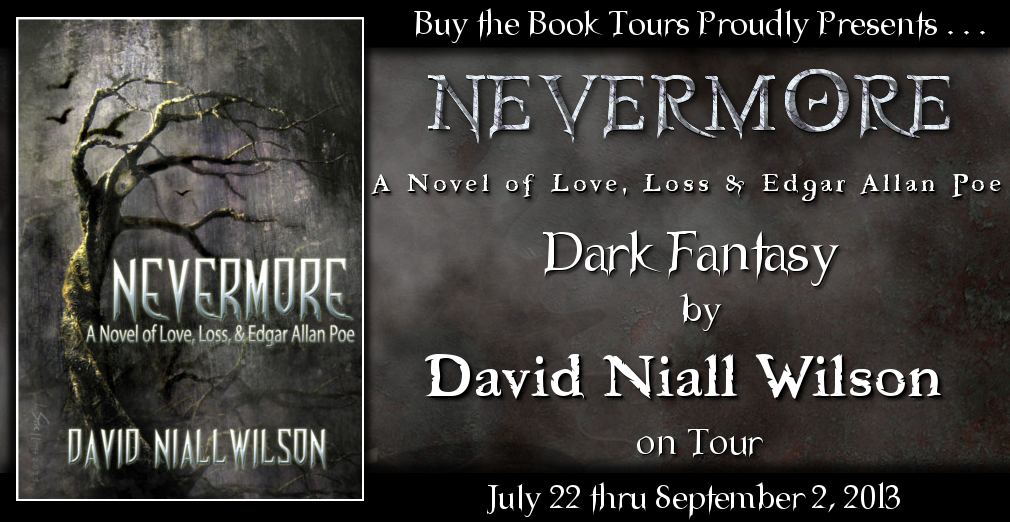 July 23, 2013
Hywela Lyn – Romance That’s ‘Out Of This World’ {Author Interview with Giveaway}

August 5, 2013
The Realm of Fantasy and Fiction {Guest Post / Review with BTB Giveaway}

This site uses Akismet to reduce spam. Learn how your comment data is processed.