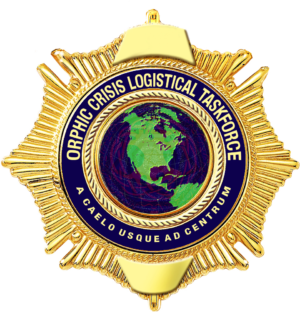 There are incidents and emergencies in the world that defy logical explanation, events that could be defined as supernatural, extraterrestrial, or simply otherworldly. Standard laws do not allow for such instances, nor are most officials or authorities trained to handle them. In recognition of these facts, one organization has been created that can. Assembled by a loose international coalition, their mission is to deal with these situations using diplomacy, guile, force, and strategy as necessary. They shield the rest of the world from their own actions, and clean up the messes left in their wake. They are our protection, our guide, our sword, and our voice, all rolled into one.

A vision from ancient Egypt and a call from an old acquaintance send Rebecca York, mystic, occult expert, and adventurer to Arizona, and then Jerusalem and the Dead Sea to prevent a horrifying attack from the annals of history.

Rebecca and computer expert Wendell “Mack” Macklemore team up with a renegade Vatican monk, a street urchin from Jerusalem, and an agent of the Mossad to prevent her, Amunet, an Egyptian sorceress, works ever closer to exacting an ancient revenge and unleashing a terrorist attack that could plunge the Middle East into an era of darkness.

This is the first full length novel of the O.C.L.T. – the Orphic Crisis Logistical Taskforce. The events of this novel predate the actual formation of the O.C.L.T., joining with the novellas “Brought to Light” by Aaron Rosenberg, and “The Temple of Camazotz,” by David Niall Wilson. Each of these works introduces another facet of team, which is formally introduced by Aaron Rosenberg’s upcoming novel Incursion.

The Temple of Camazotz

Headless bodies are turning up along the Mexican border. The Mexican government blames overzealous US Border guards. The border guards blame drug runners. In a village just on the Mexican side of the border, they have other ideas. There are legends, older even than the Mayan civilization that has died away, of a God. A bat-headed vengeful demon. Someone is fanning the flames of that superstition, and the piles of bodies continue to grow.

Geoffrey Bullfinch, folklorist, dabbler in the occult, and Wendell “Mack” Macklemore, computer genius and extreme sports enthusiast are called down to investigate. There are plenty of questions, but can they find the answers before the body count gets too high? Is it possible that they should have let sleeping gods lie? Find out in this action-packed O.C.L.T. adventure. This novella, and “Brought to Light,” by Aaron Rosenberg are the first introductions to the members of the O.C.L.T. team.

Nothing is ever normal in Old Mill, NC, particularly when Cletus J. Diggs and his buddy Jasper decide to go fishing. When Jasper tells him two fishermen they know saw a dinosaur in The Great Dismal Swamp, Cletus is ready to chock it up to shadows and too much beer. When he and Jasper are out fishing themselves and find a bass boat jammed nose first into the bottom of the Perquimans River with nothing left of the other two men but a boot with a leg protruding from it and one big-assed track in the mud, things get serious. Joined by Geoffrey Bullfinch, Wendell “Mack” Macklemore, and Isabella Ferrara of the O.C.L.T., two genetic scientists with a strange story of hurricanes and DNA splicing, and a strange cast of others (including a very loud cockatiel)- Cletus has to solve the mystery of where the monster killing people in the swamp came from, where it’s gone and find a way to stop it before it kills again. Unfortunately for the team, taking down a forty foot sixteen ton dinosaur no one believes in is no easy task, and the clock is ticking…