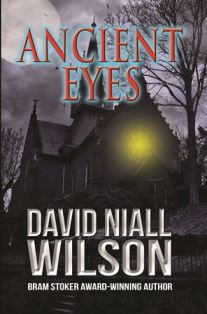 Available in eBook, Hardcover and trade paperback at Amazon and Barnes & Noble

Creepy atmosphere, superb characterizations and beautifully dark description made this such an engrossing read that I didn’t even notice my surroundings while finishing the book!

AUTHOR’S NOTE: I’ve always liked this book. I wrote it (again) a very long time ago. All in all, it’s a way-out-yonder horror novel. Originally published by Bloodletting Books in a limited edition of (I believe) 300.

Abe Carlson left the mountains years ago but he’s never quite gotten them out of his blood. Terrible nightmares followed by a cryptic letter from his mother draw him home, and drop him in the middle of an ancient battle between good and evil brewing in the deep woods and rocky hills of his childhood, a battle his father fought, and failed to complete This time he wonders if goodness and light will have the strength to triumph as they did so many years before.

On the mountain, Silas Greene is lured into the deep woods by an ancient spirit that baptizes him in blood and fire.Bound to the spirit, Silas and his followers begin rebuilding an ancient church , intent on resurrecting the dark sacrifices and rituals of years past.

Two men. Two churches. One of darkness and one of light. And only one can triumph.