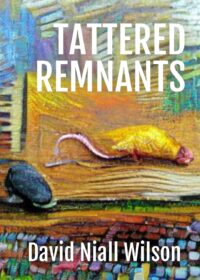 Things have been happening this summer. The big push is still on for The Devil’s in the Flaws & Other Dark Truths – and you should pre-order it. It’s been selected for review by Publisher’s Weekly (hopefully they will like it) – it’s being positively reviewed by The Well Read Beard (If you aren’t watching his videos, why aren’t you?) – Ray Garton, Richard Chizmar (who wrote the intro) and Jonathan Janz believe you should read it.

But that’s not all that’s been going on. I’ve been writing and submitting a lot of stories this year. Mixed results at first, but picking up steam. This summer my story “As Long as You Feed,” appeared in the Brigid’s Gate anthology Blood in the Soil, Terror on the Wind

edited by Kenneth Cain. My three part article on the history of independent publishing from the 80s until now was published in the Magazine section of the Short-Wave Publishing website, where there are a ton of great stories like CONELAND by Joe Koch that I have recommended for the Stoker Award. My short story “secretshit.txt” will appear in their OBSOLESCENCE anthology. I have stories in to two more anothlogies currently, and a novella “Closing Time at the Sunny-Side Up” that some of you might remember in an earlier version as “Killer Green,” based on my screenplay of the same name.

I am working through the bugs and nearly ready for the big push to the end of my novel Tattered Remnants – a long term project I’ll be happy to send off to prospective agents (yeah, I’m going back that way for a while with my own work). I have two other novels in progress I’m dying to get to… more on those in latere posts. Also more stories – I have an invite to do a ghost story for pretty cool project. I made Tattered Remnants a project for Nanowrimo. Way behind at the moment, but if I clear the glitches quickly, who knows? My significant other, Patricia Lee Macomber (Wilson) wrote 25,000 words in a single day recently. Anything can happen.

Until next time… I’ll be getting my newsletter going again shortly. Before this site was a sub-site of Crossroad Press, so I was piggy-backing on their system. One more thing there is no time for. In the meantime, let me tell you a story…

First Reactions: The Devil’s in the Flaws & Other Dark Truths