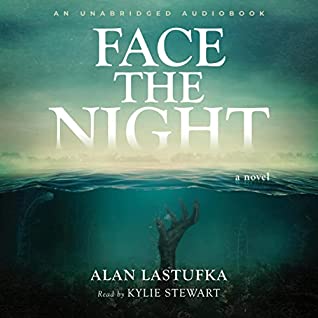 In his debut novel, Alan Lastufka introduces us to Addy, a troubled young single mother whose only current employment is doing an occasional tattoo. She’s a gifted artist, but has been haunted by visions and dreams that make it difficult for her to interact with others. She and her son are surviving on charity from her estranged father, mayor of the town and not about to let anyone forget it.

The story launches from a custody battle. Addy’s father is trying to to take her son from her to be raised in his home, where he continually reminds everyone he can provide a stable environment. Not helping at all, really, Addy’s ex husband, her son’s father, is in town to lend moral support in court. He’s a construction worker with a drug and alcohol addiction.

When the court mandates that she find a solid job, or give up custody, Addy falls through a series of coincidental events into a position as a police sketch artist. Her visions crop up again, though, and things get dark.

What follows is a plot that winds through the seedy local political world, good old boy networks, cold cases and crumbling minds. With a couple of newfound allies on her side, Addy has to find the cause of her inner demons and exorcise them, while keeping one step ahead of her fathers machinations. A fast-paced, intriguing thriller.

I listened to the audiobook. The narrator was not optimal, but the story drew me along. Highly recommended.