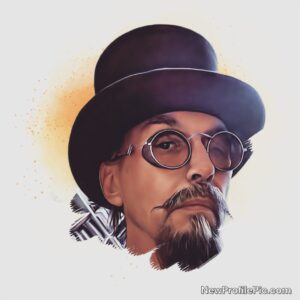 I am about 3/4 of the way through the first revision of the not-quite finished thriller Tattered Remnants. This is going to get longer. I reached almost the end of the story before I realized the motivation that was missing in my antagonist. It will be bigger, stronger, and better… I hope to be done with it by mid July in first draft form.

Beta readers and a couple of folks I hope will send blurbs have my upcoming collection The Devil’s in the Flaws & Other Dark Truths, and I’ll tell you this… it never gets easier waiting for reactions. There are a lot of unpublished stories in the book, a few older ones I love… it’s the first serious collection since Ennui & Other Forms of Madness.

Along with the collection I just mentioned, I intend to do a second collection (or two) featuring the Old Mills, NC stories and Cletus J. Diggs. There are two VERY short novels. I think I will break them off and add stories to each to create a set of two collections. None of these have reached a wide audience yet, so I intend them to get the bigger, serious book treatment. The same with the last collection planned, which will be the many stories about and featuring Edgar Allan Poe that I’ve written (probably including those I’ve written with Patricia Lee Macomber (Wilson). A busy year indeed. Time to rebuild that readership and move on into the craziness that is 2022.

Last and hopefully not least, I will continue work on my non-fiction book, sort of a memoir and book about writing – what I’ve learned, what I’ve done right, and wrong – a lot of history, and a lot of personal stories. That one is titled Write What Hurts. On my old blog I was posting the chapters, but I think I’ll hold that back, though you can count on snippets from time to time.

The Wingspan of Severed Hands – by Joanna Koch – reviewed.