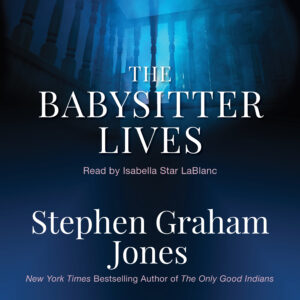 Charlotte just wants to hit all the right marks as a good babysitter, study for her SAT exam, and redeem herself after a previous near disaster. The family is weird. Nanycams hidden, locked doors, forbidden spaces, and a lot of rules, but she has it all under control, until she doesn’t.

The house she’s babysitting in has a dark history she was not aware of when she took the job. The kids are being seduced by a power they don’t understand, playing dangerous games in the shadows, and nothing is quite what it seems.

Pitted against her past, her future, her memories and an impossible situtation, Charlotte has to find a way to protect the children, perform her duties and move on to the life that’s waiting for her without ending up dead, in jail… or much worse.

This is Stephen Graham Jones at his darkest and weirdest, bringing the kind of terror that lingers and makes you check the corners and odd places wherever you go, wondering.

Stories of the Eye – Book Review

One thought on “The Babysitter – Stephen Graham Jones – Review”